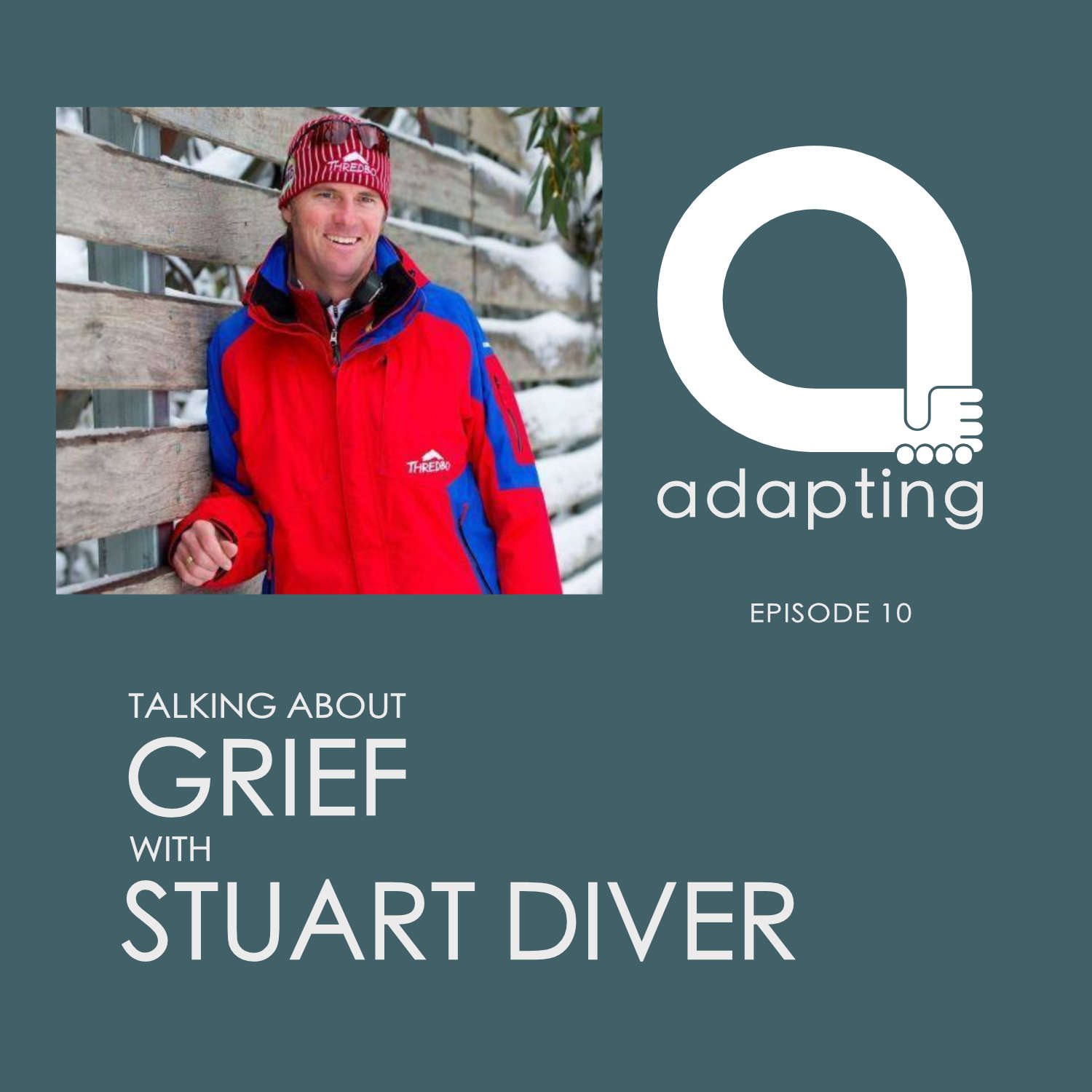 Stuart Diver is a name that most Australians over the age of 40 would know.

As the only survivor of the Thredbo tragedy in 1997 which claimed 18 lives, including his wife Sally.

Stuart remarried Rosanna a few years later and lived at Thredbo with their daughter Alessia until Rosanna died of breast cancer in 2015.

I found talking to Stuart truly inspirational- how he has dealt with grief, his amazingly positive attitude about his life and all it has to offer and what he has to say about live is truly heartwarming. Just such a privilege to have this conversation with Stuart.Special thanks to Kellie Curtain who introduced us over a year ago today. I hope you find it as uplifting as I did. 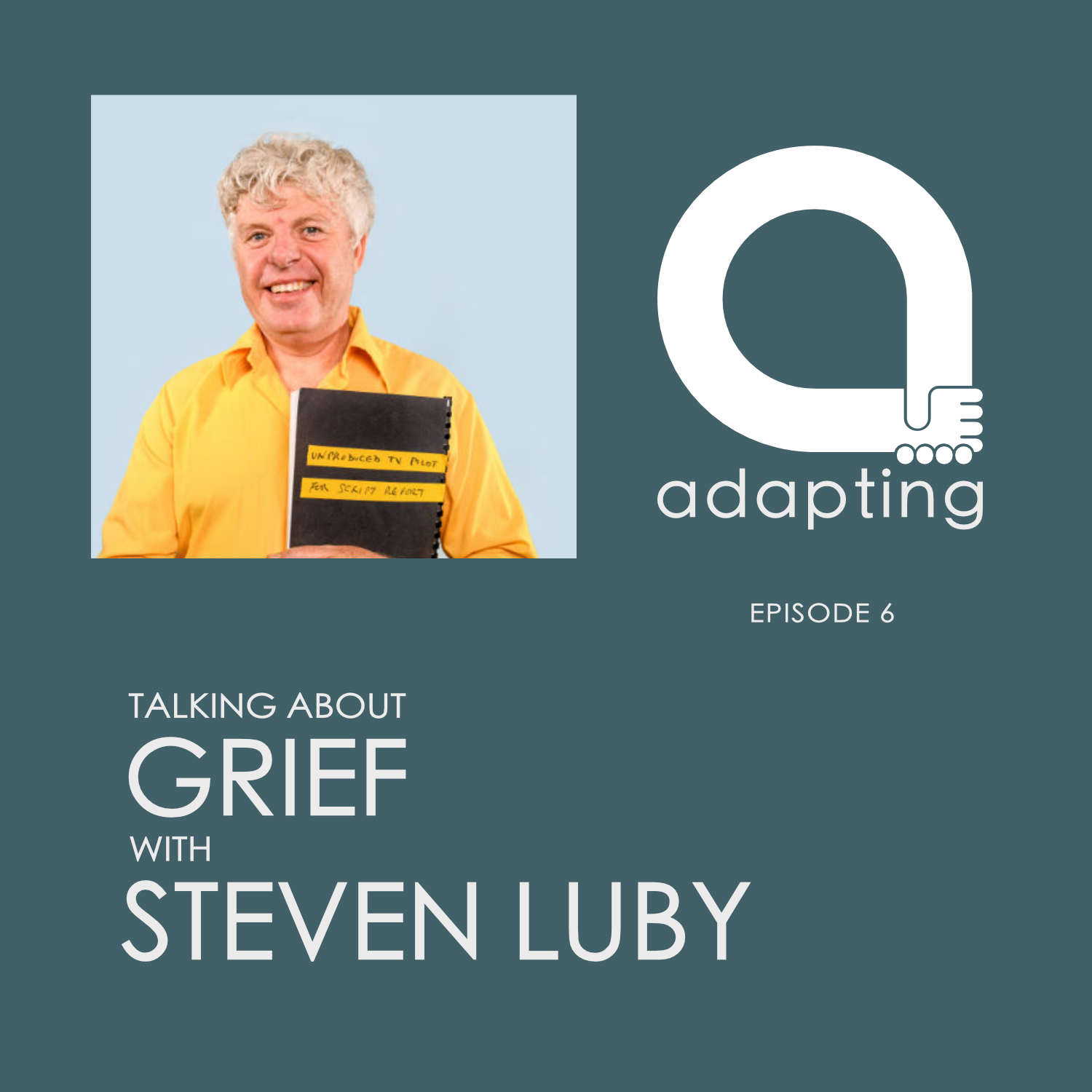 Stephen Luby and Mark Ruse were both TV producers working from home and unhappy about it.

They teamed up to create Ruby Entertainment leasing a small office on Lygon Street in Carlton on 1 January 2000. 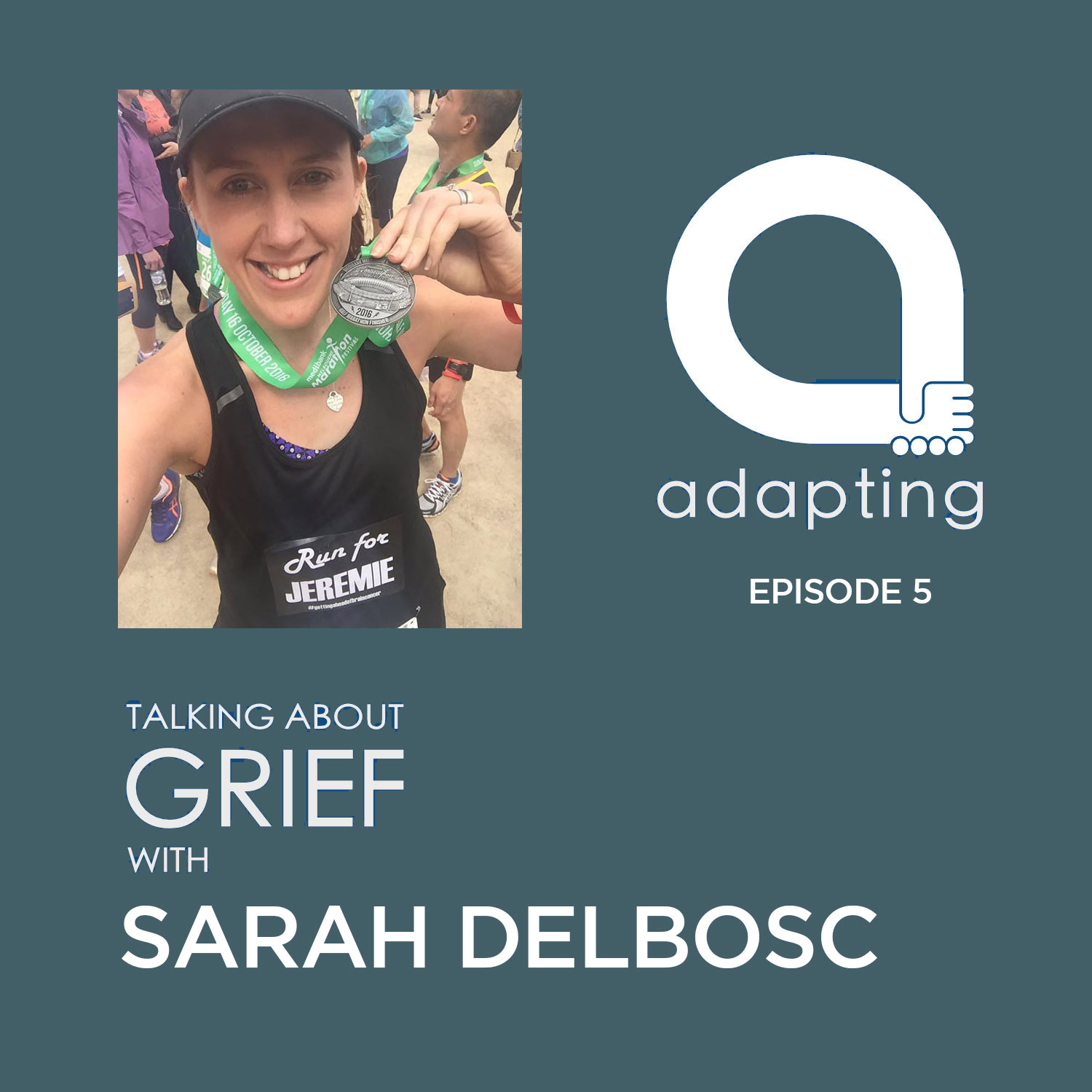 Sarah Delbosc has an amazing story.

Professionally she has been building an exciting career with PwC, privately it’s been one of tragic sadness and, now, new found happiness.

A young couple with so much in front of them – to be confronted with news that changes their lives.

PwC – A story of strength and resilience

How Sarah raised $25,000 for the Royal Melbourne Hospital Neuroscience Foundation

Three brothers standing together on the side of the train tracks in Spain.

“But it was really important for us as a family to find him.

“You know we, when someone disappears it’s hard to fathom, and all sorts of weird and wonderful thoughts go through your mind, because as humans, there’s this great hope… you know, that we will find him.” 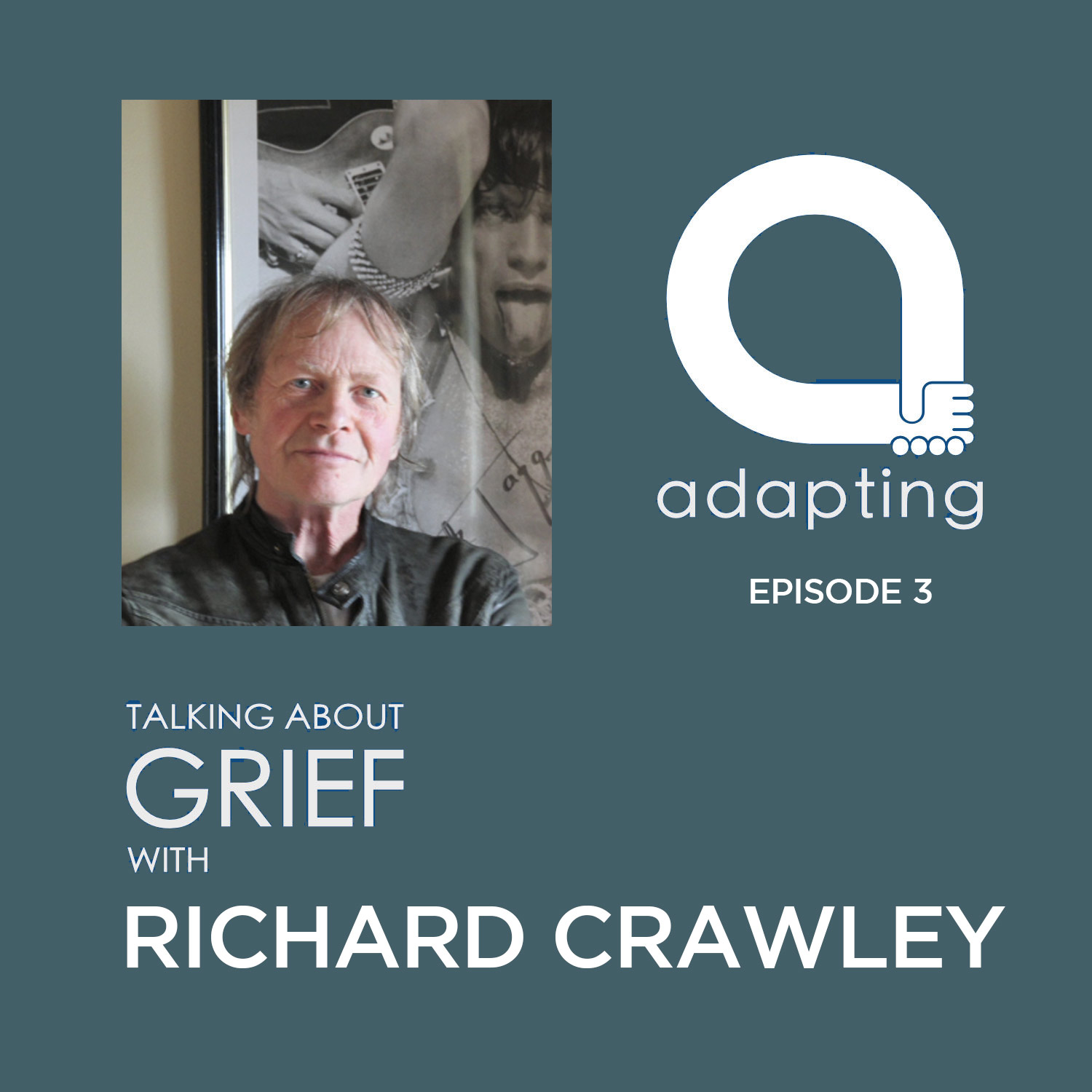 Born in England, emigrated to Australia in 1973, Richard Crawleyis a self-taught photographer, singer in two rock-bands, Grand-father, Father, Widower and great friend of mine.

Now living in picturesque Tower Hill, Victoria, there is not much this man can’t do.

Richard’s energy is contagious and undeniably more so when he performs on stage.

Well known for his remarkable film photography, countless shirtless performances, his friendliness and vivacity for life.

The pinnacle of his successes began in 1973 at Kooyong, arguably taking one of the most iconic photos of Mick Jagger to this day, taken on his film camera, with the fake press pass he made, as he couldn’t afford the ticket.

However, in 2009, life took a turn for the worst and Richard lost his beloved wife of 30 plus years, Carol.

Richard credits his remarkable son and best friend, James, the power of music, creativity and spiritual faith in his healing process. Richard speaks of grief as a journey that we learn to live with, noting this extraordinary life is worth celebrating and living to the fullest.

“Grief is a Journey”. 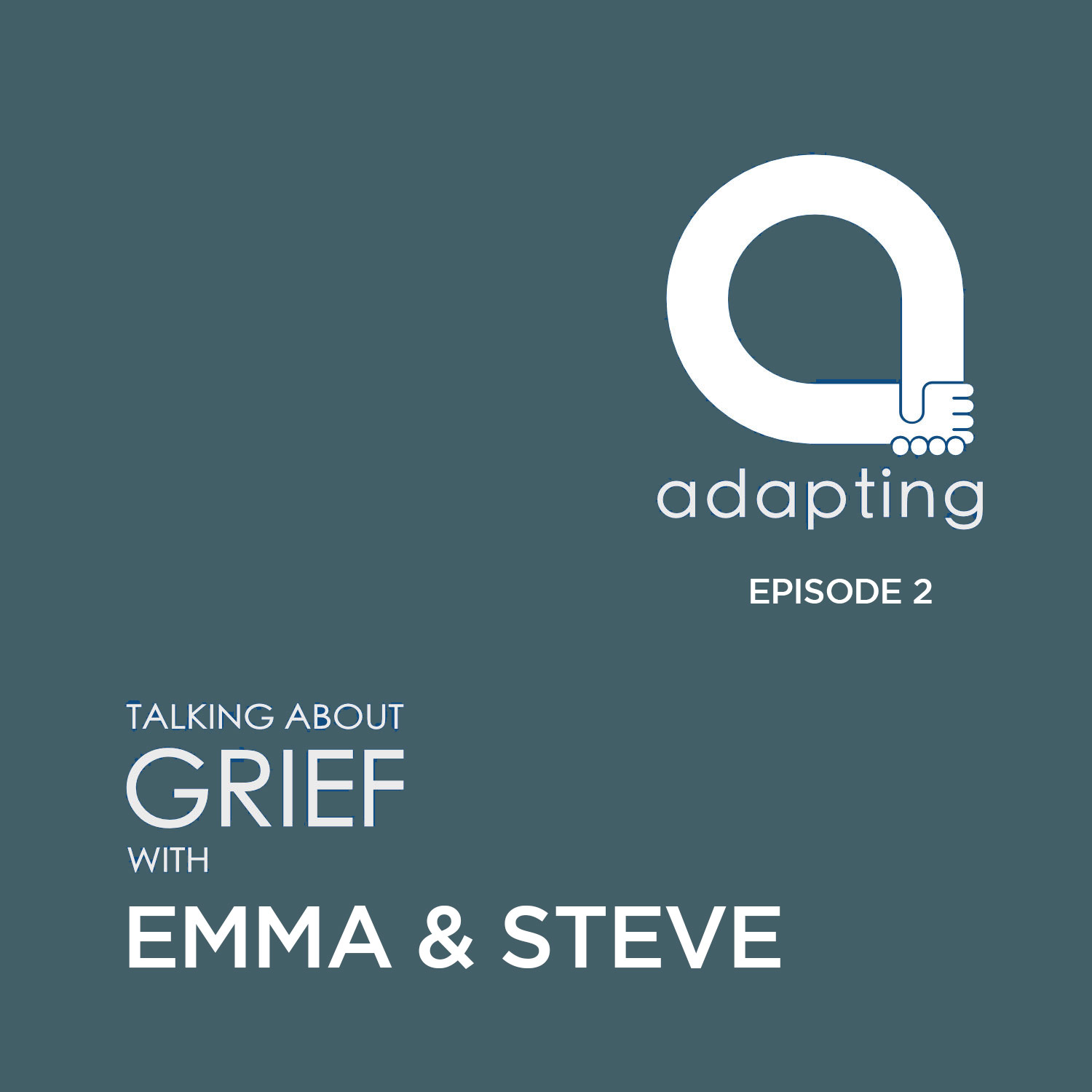 Steve and Emma Watty, of South West Victoria, lost their baby girl Sylvie in her sleep at just 15 months old, to SIDS.

They embark on a raw and open conversation about the tragic death and the moments and weeks after.

Now, seven years on, Steve and Emma are living a sunshiny life in honour of their loved and remembered, ‘Sylvie Sunshine’.

Both Steve and Emma are the epitome of strength and courage and their positivity and zest for life is nothing short of inspiring.

Steve and Emma discuss the important role the Red Nose Foundation played in the moments after Sylvie’s death, along side the Police, The Ambulance Officers and The Royal Children’s Hospital and the overwhelming amount of support they received from everyone- family, friends, schools, work, community members and more.

Steve and Emma talk about normalising speaking about Sylvie with people after her passing.

Steve received a message from his boss at the Alfred Hospital 9am the following morning, ‘Of course we are here for you, come back whenever you’re ready, we are just letting you know, all your after hour shifts have been covered until Christmas’, this was on September 9th.

They discuss how camping, being in nature, sunsets, sunrise, the open fire, have all become rituals for them after the loss of Sylvie. 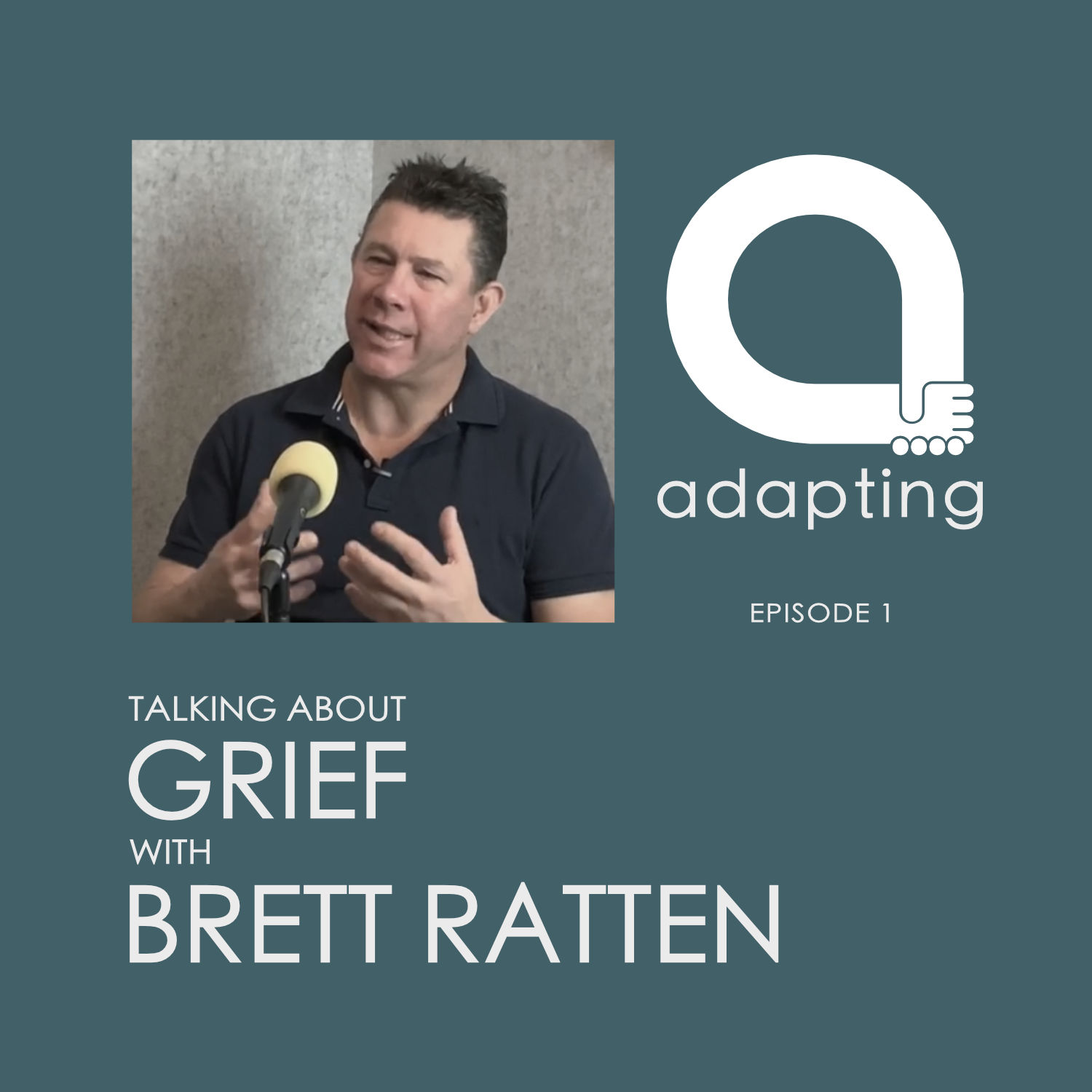 Brett Ratten talks openly about the death of his son Cooper in a tragic car accident five years ago. Brett talks about the support he has received from his workplaces and his friends. He discusses the importance of the ongoing support and how St.Kilda FC  provided a very special moment earlier this year. Brett offers his advice to people who are grieving and talks about how the little things can make such a big difference.

9.10 – 9.50 when the initial event of a death happens the support is amazing as there is so many people there but it then becomes a ripple affect for every day for every hour for every week and month – the gap opens up and the support network is less and for some people right , wrong or indifferent they feel uncomfortable to talk about it.

12.44  – Brett discusses people asking about ‘how you are’ can really help with the process of moving forward.